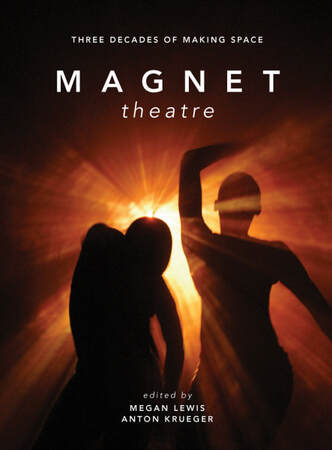 Intellectbooks.com/magnet-theatre
£32.00
​
For three decades, Cape Town's Magnet Theatre has served as a crucial space for theatre, education, performance and community throughout a turbulent period in South African history. Offering a dialogue between internal and external perspectives, this book analyses Magnet's many productions and presents a rich compendium of their work. 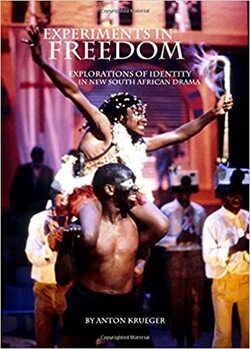 ​Experiments in Freedom examines ways in which identities have been represented in recent South African play texts published in English. It begins by exploring descriptions of identity from various philosophical, psychological and anthropological perspectives and elaborates ways in which drama is uniquely suited to represent—as well as to effect—transformations of identity. In exploring the fraught terrain of identity studies, the book examines a selection of play texts in terms of five different discourse of identity—gender, nationalism, ethnicity, syncretism and race. Instead of building a sustained thesis throughout his text, Krueger writes in short bursts about a multiplicity of topics, extending his explorations rhizomatically into the crevices of a new South African society loath to relinquish its stranglehold on the politics of identity.

You can read the first 30 pages of Experiments in Freedom: Explorations of Identity in New South African Drama, here.

“Anton Krueger's lucid and sharp interrogation of recent South African play texts should interest far more than the handful of dwindling theatre historians who are still live and well in South Africa...With elegant wit and an almost boyish playfulness that is rare in such academic exercises, Krueger argues that plays can be used not only to describe identity but that theatre is also a place to create identities.”
(Homann, Greg. 2010. "Stages of Identity". Mail & Guardian. Friday, July 2:19.)

“[W]ell written....maps an important field of research with intellectual rigour and exemplary fair-mindedness, and negotiates a complicated route through a plethora of contentious artistic manifestoes and critical opinions with sophistication and maturity.”
Prof. Robert Gordon, Goldsmiths College, University of London

“[Experiments in Freedom] shows Krueger's ability to bring an insightful critical perspective not only towards the play texts that he examines, but to theory itself...The style of writing is lucid and avoids obfuscation, the '(mis)management' of syntax and tortured logic, common to some authors writing in a post modernist vein. This in no way distracts from the complexity of the subject matter or the profound insights that the text offers.”
Prof. Fred Hagemann, Department of Drama, University of Pretoria

“[Experiments in Freedom] has been a pleasure to read...The writing exudes clarity and the arguments are cogently rehearsed...[It] guides the reader on a journey that is concomitantly innovative, challenging and informative...written eloquently and lucidly – it deserves a valuable place in its field [and] should be a compulsory text in South African and international libraries."
Prof. Marcia Blumberg, York University, Toronto

“The issues [Experiments in Freedom] addresses...could not be more relevant or topical...Krueger strikes a pleasing balance between the scholarly and the polemical...His tendentiousness is transparent, bold, even refreshing: it carries the force of his conviction and his experience as a South African and a dramatist in his own right...A further strength is that his style is clear and accessible throughout. He succeeds in being scholarly without resorting to jargon or the kind of stodgy academic writing which one encounters all too frequently.”
Prof. David Medalie, Department of English, University of Pretoria

​"A welcome addition to the field of cultural and performance studies. His [Krueger's] thorough survey of themes in post-apartheid drama provides a multiplicity of approaches to the problematic concept of “freedom”in a South African context."
- Jamie DeAngelo- Boston University, Africana Book Review June 2010.
Powered by